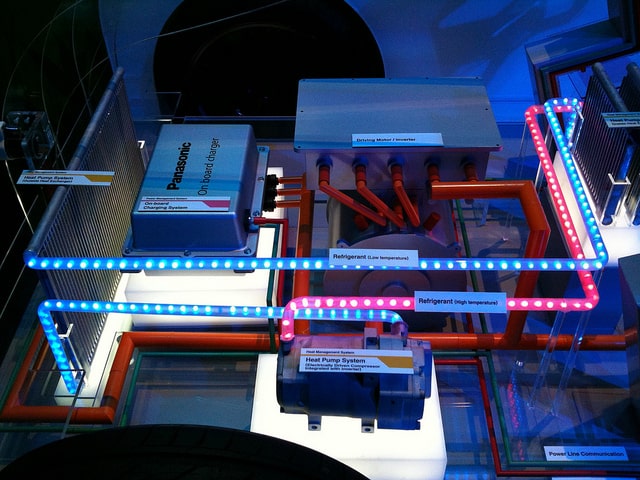 Itâ€™s a well-known shortcoming of electric cars that they can only be driven short distances. The Chevy Volt, for example, has a maximum range of 50 miles on a single charge. And, while itâ€™s possible to back up the electricity system with a fossil fuel-based one, as the Chevy does, that somewhat takes away from the point of having an electric car in the first place.

It would be much better either if the car could go longer without needing to stop, or if it could somehow be recharged mid-flight, like a long-haul military plane. And, in fact, the second possibility may not be as fanciful as you might think.

Researchers at Toyota Central R&D Labs and Toyohashi University of Technology have come up with what they think is the worldâ€™s first mid-drive charging system, based on a similar mechanism that allows trains to travel under overhead wires.

Under the still-experimental system, electrified metal plates are buried under roads, which â€œup-convertâ€ energy via a radio frequency to a steel belt inside a carâ€™s tires, as well as to a plate sitting above the tire.