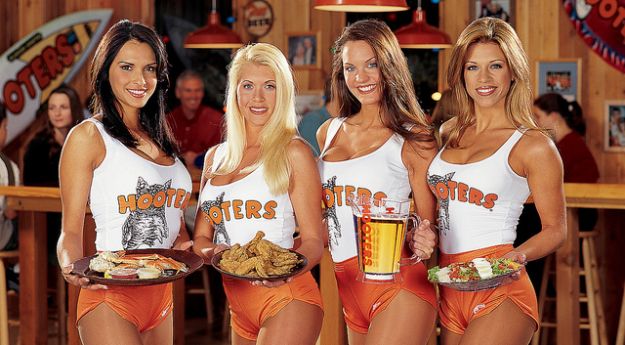 Twin Peaks is part of a booming niche in the beleaguered restaurant industry known as “breastaurants,” or sports bars that feature scantily clad waitresses. These small chains operate in the tradition of Hooters, which pioneered the concept in the 1980s but has struggled in recent years to stay fresh.

Instead of relying on lust alone, the new crop of restaurants is growing by offering new themes (think: rustic lodges and Celtic pubs) and varied menus (think: pot roast and shepherd’s pie instead of just burgers and wings). In other words, they’re hoping maybe people really are coming in for the food.

The nation’s top three “breastaurant” chains behind Hooters each had sales growth of 30 percent or more last year, according to Technomic, a food industry research firm. They still represent less than 1 percent of the nation’s top restaurants, but the upstart chains are benefitting as other mid-priced options like Applebee’s and Bennigan’s have experienced declines during the economic downturn.