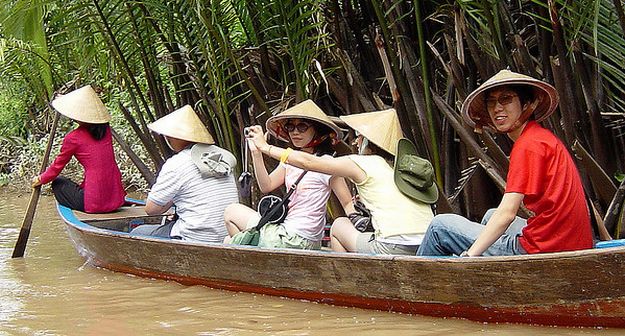 Internet entrepreneur Thao Phuong earns twice as much money each month selling tropical fruit online to Hanoi housewives as she does from her day job working at a local post office.

The 28-year-old buys fruit such as pomelo, oranges and durian direct from farmers, markets it in Vietnamese-language online forums, and delivers orders herself on her motorbike when she has clocked off a shift sorting mail.

â€œItâ€™s fun and has become a major source of income for me,â€ she said, adding that she earns up to seven million dong ($330) a month online â€” twice as much as her monthly salary from her day job. In communist Vietnam, setting up a business is a cumbersome process involving much bureaucratic red tape.

As a result, the country has a huge informal economy, which by some estimates accounts for more than half of all economic activity. Over the past few years, hundreds of small online businesses, often run by civil servants or office workers in their spare time, have sprung up â€” which are not officially registered or licensed, avoiding red tape and fees. â€œVietnam is fertile land for online trading to develop,â€ said Nguyen Tam Khoi, CEO of small Hanoi-based Da Phuc company, which produces anti-fire doors.