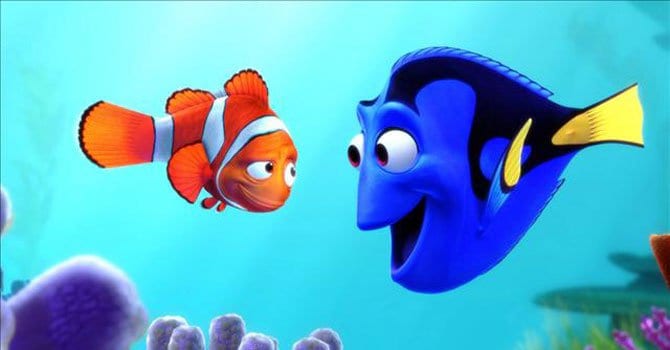 In 1961, after Disney released the film “101 Dalmatians“, and again in 1996 when they released a new live-action version of the film, there was a massive increase in the demand for the dogs. Unfortunately, there was also a huge increase in the number of abandoned Dalmatian dogs, when people realized that Dalmatians don’t make the best pets, but not before Dalmatian breeders and some pet shops had made a bundle of money of the pet’s new-found interest.

The same thing happened with the Clownfish after the release of the 2003 release of “Finding Nemo“. The demand for the cute fish was so high that the fish is still facing extinction in many parts of world, where it is capture live for sale as a pet.

Today, Disney announced a sequel to “Finding Nemo” called “Finding Dory”. The film will focus on the life and backstory of the Dory, the lovable but amnesiac Blue Tang fish voiced by Ellen DeGeneres from the first Nemo film.

Will the same thing happen to Blue Tangs as happened to dalmatians and clownfish? You bet. Will you be ready to take advantage of the increased demand? Time will only tell.

If you want to really be ahead of the curve, figure out a way to profit from the coming decline in demand for the blue tang, after all of the newly-enamored fish lovers fall out of love with all of the work that goes into keeping a salt water aquarium going.