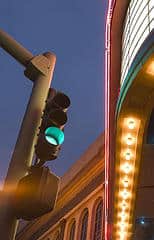 There’s definitely a stigma against failure — so much so that many people are held back by fear of it — but even Bill Gates’s first company was a failure:

Traf-O-Data, now a partnership between Gates, Allen, and Gilbert, needed a professional paper tape reader. Gates used $3,400 of his own money to purchase an Enviro-Labs Model GS-311 Paper Tape Reader. Traf-O-Data used the device to process the paper tapes generated by traffic counting boxes and produced some revenue. Eventually, the State of Washington offered free traffic processing services, ending this revenue. In May of 1979, Traf-O-Data sent letters to clients saying they were suspending business. Gates’ first business had failed.

Much of the details of Traf-O-Data are lost. This is to be expected since the business was started and run by teen-agers. Gates has claimed that Traf-O-Data had revenues of $20,000 to $30,000 per year over its life. More reliable estimates put the amount closer to $10,000 to $20,000 total.

No one else ever remembers your failures. What’s stopping you?