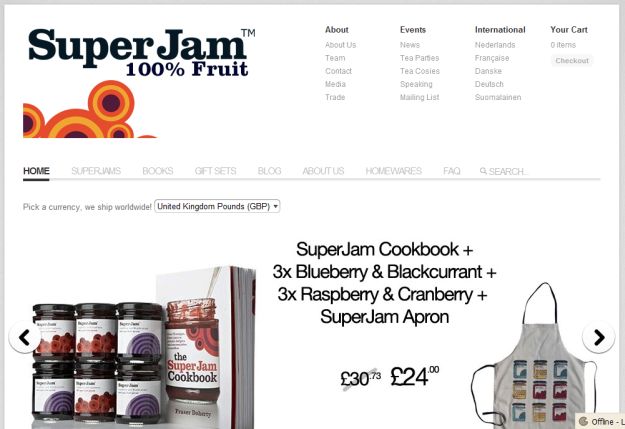 When Waitrose decided to stock Fraser Doherty’s SuperJam in its stores, he became the youngest entrepreneur to make it into a major supermarket chain. However, that is not where his achievements end, reports Sunderland Echo.

Fraser was just 14 when, using his granâ€™s recipes, he developed a healthier jam with 100 per cent fruit and no added sugar.

Fraser started off selling his produce at farmersâ€™ markets and to delicatessens before signing a deal with Waitrose in 2007.

Four years on and SuperJam supplies more than 2,000 supermarkets in the UK, including Tesco, Asda, Sainsburyâ€™s, Morrisons and Waitrose.

Fraser said: â€œWhat my story shows is that what can begin for anyone as a hobby or a passion in their kitchen, bedroom or garage with a bit of love and imagination can grow into something amazing, something that changes your life â€“ SuperJam has certainly changed mine.”