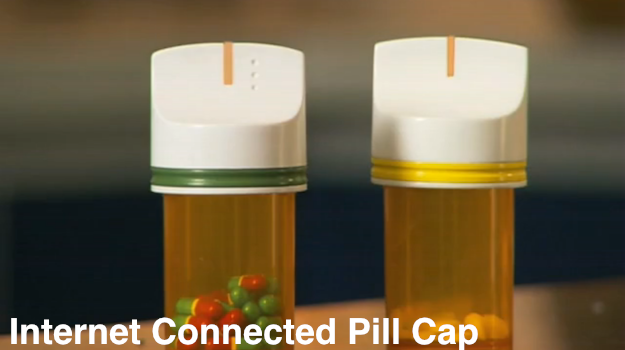 The device is simple. When a patient is prescribed a medication, a physician or pharmacy provides a GlowCap to go on top of the pill bottle, replacing the standard childproof cap. The GlowCap, which comes with a plug-in unit that Rose calls a night-light, connects to a database that knows the patient particular dosage directions€ say, two pills twice a day, at 8 am and 8 pm. When 8 am rolls around, the GlowCap and the night-light start to pulse with a gentle orange light. A few minutes later, if the pill bottle isnâ€™t opened, the light pulses a little more urgently. A few minutes more and the device begins to play a melody not an annoying buzz or alarm. Finally, if more time elapses (the intervals are adjustable), the patient receives a text message or a recorded phone call reminding them to pop the GlowCap. The overall effect is a persistent feedback loop urging patients to take their meds.

These nudges have proven to be remarkably effective. In 2010, Partners HealthCare and Harvard Medical School conducted a study that gave GlowCaps to 140 patients on hypertension medications; a control group received nonactivated GlowCap bottles. After three months, adherence in the control group had declined to less than 50 percent, the same dismal rate observed in countless other studies. But patients using GlowCaps did remarkably better: More than 80 percent of them took their pills, a rate that lasted for the duration of the six-month study.