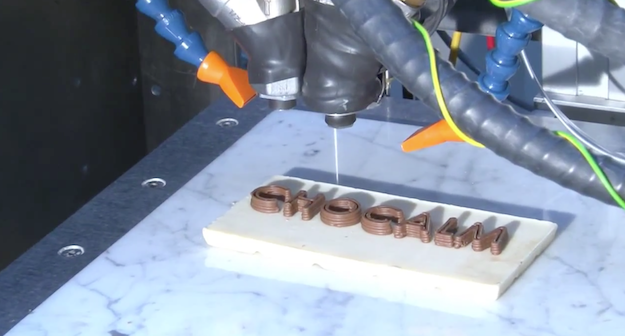 The UK scientists who developed a prototype chocolate printer last year say they have now perfected it.

They hope to have the machine on sale at the end of April – just missing the Easter egg rush.

It would allow chocolate lovers to print their own custom-made sweets, layer by layer.

Lead scientist Dr Liang Hao, from the University of Exeter, founded the Choc Edge company to commercialise the device after interest from retailers.