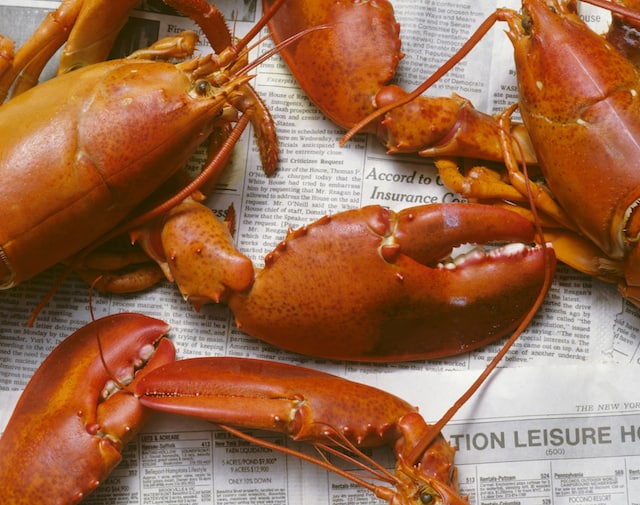 My favorite accidental startup story involves a Lockheed project manager in the 1960s who was going to night school to get his MBA. He sent out snail mail questionnaire that was so poorly written that he accidentally created the Great Atlantic Lobster Company.

Briefly, for an MBA homework assignment, the student wrote 100 restaurants in the San Francisco area and asked them questions aboutw their lobster purchases. Marketing men shudder because he selected his 100 restaurant names at random from the telephone yellow pages. What was worse, by answering the questions, the restaurant owners were signing a legal contract to purchase lobster from a non-existent company, an effect that the student didn’t intend.

In a normal direct mail survey, a five percent response is considered excellent. This MBA student received 32 responses, many of which had checks for lobsters enclosed. As it turned out, he had hit a major gap because at that time, San Francisco restaurants couldn’t buy Atlantic lobster. So the student checked to see what was involved in supplying them with Maine lobster, found it feasible, and did it. He contacted several Maine lobster suppliers on the East Coast,had them fly the lobster to San Francisco, and here he placed them in pens until they were ready for delivery. When other restaurants started contacting him and the repeat orders inundated him, he was forced to quit his job at Lockheed, drop out of night school, and run his multi-million dollar operation.

I finally found more info about the student and the business. Here’s what I’ve discovered from the July 27, 1967 edition of the Fremont Argus newspaper:

Fremont man has parlayed a college term paper into a highly improbable, yet successful, business venture which has netted him the title of “lobster king” of the Bay Area. He is Ed Zeldin, 41, of 4174 Carol Ave., Fremont, owner of the Great Atlantic Lobster Company, which flies the only live Maine lobsters to the Bay Area – 1,500 pounds every other day. -Zeldin’s business scheme was born in a classroom on the University of Santa Clara campus about four years ago. He was working toward a master of business administration degree, a goal he has since satisfied in the university’s evening MBA program.

“ONE OF MY professors,” he recalled, “assigned a term project: Write a paper on a significant marketing problem. “I decided to do mine on the problem of getting live Maine lobsters to the greater San Francisco Bay Area. I knew that it was a tough problem because I had just tried, unsuccessfully, to get some sent to me. No one in San Francisco had them. No one on the East Coast would guarantee live delivery if they shipped them.” Zeldin began the research for his paper. He soon realized he had something besides a term paper on his line “Almost everyone I questioned — restaurants, fish houses, individuals — said they would buy live Maine lobsters if they were available,” he said. “At that point I decided that if I could get one-tenth of 1 per cent of the Bay Area interested in lobsters, I would have a going concern.”

“NEXT I DID some research on previous ventures of this type. I could uncover only nine others since the turn of the century. Each one had gone broke. I determined in my analysis that their main failure was because they didn’t know enough about the Maine lobster. I discovered that some didn’t even know it would die within 20 minutes in fresh water.” His next step was to become a “lobster scholar.” His path led to San Francisco’s Steinhart Aquarium, where the director’s staff spent hours with tiim talking about lobsters. They also introduced him to an eight-foot-high stack of books on lobsters, mostly written by marine biologists. He devoured the books. (In return for the aquarium staffs patience and thoroughness. Ed now keeps them supplied with fresh Main lobsters for their exhibits). New York and Boston were next on his outlined itinerary. He established the commercial ties for his scheme. He also met everyone he could who was remotely concerned with lobsters. He posed every conceivable problem and sought out the solution.

THERE WAS one he forgot to ask about. Last summer’s long air strike! Normally, lobsters are caught in Maine and delivered the same morning to the Boston airport. They leave there on a 9:45 a.m. (EST) non-stop TWA flight to San Francisco where the Great Atlantic Lobster Company’s refrigerated truck meets the plane at 12:30 p.m. (PST) and rushes them to their salt water pools at the Clay Street Pier in Oakland. Zeldin’s research also went into the construction of the pools. “I designed and built them from sketches and photographs I had taken of Eastern pools,” he reported. “Our pool holds 3,000 gallons of salt water, and there is room for about 3,000 lobsters. We keep about 1,000 on hand. A circulating pump supplies the necessary oxygen. The water is identical to the harbor water in Portland, Me., where the lobsters are caught.. “We keep the temperature at a steady 34 degrees and we also have duplicated the salinity content and chemical analysis.”

WHEN THE Great Atlantic Lobster Company finally began its operation 18 months ago, Ed teamed up with his brother, Phil. Bachelor Phil, 32, quit his job as an aeronautical engineer to handle the chores of the Great Atlantic project full time. Ed, married with two children, keeps his post as an operations planning analyst at Lockheed Missiles Space Co. Phil maintains a regular delivery schedule in the Bay Area: San Jose Peninsula area: Wednesday and Thursday; Oakland-East Bay: Tuesday and Saturday San Francisco-Marin: Friday. Besides the Clay Street pools, Great Atlantic has an office in San Francisco at 115 New Montgomery. “We sank 320,000 into our dream,” Ed confided. “There were plenty of sleepless nights as we saw our capital ebb away during that initial period. Phil and I wondered if we had made the wrong decision. But now, we are gradually climbing back up. Things look good!” In the next decade, Zeldin said the firm envisions a 12-man operation. “At least that’s the prognosis I made in my term paper,” he laughed. He got an A minus on that paper.