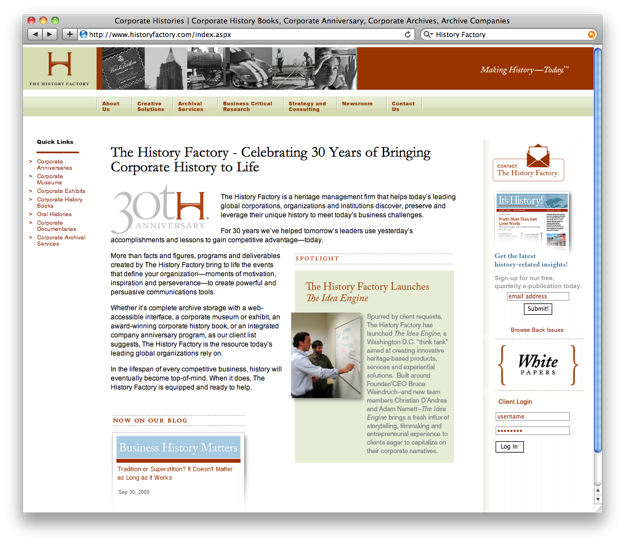 Did you love history in school, but see no way to make it pay other than academia? Think again.

Bruce Weindruch, 55, has done a cool thing. He has taken the subject of business history and found a way to build a successful business around it. The History Factory builds Web sites, makes films, writes books and creates exhibits for clients around the world, be they massive oil producers such as Saudi Aramco or the Renaissance Mayflower Hotel in downtown Washington.

He leads a team of 35 historians, archivists, library scientists, writers, curators, designers and businesspeople at the company’s home office in Chantilly. And he makes a nice living doing it.

“This is what you do when you commercialize a traditionally academic discipline,” Weindruch said.

When clothier Brooks Brothers wanted to mark its 175th anniversary, Weindruch’s team combed the company’s records to publish a book and create a corporate celebration. When Shell Oil wanted a sprawling museum for company offices in Houston, the History Factory designed it.