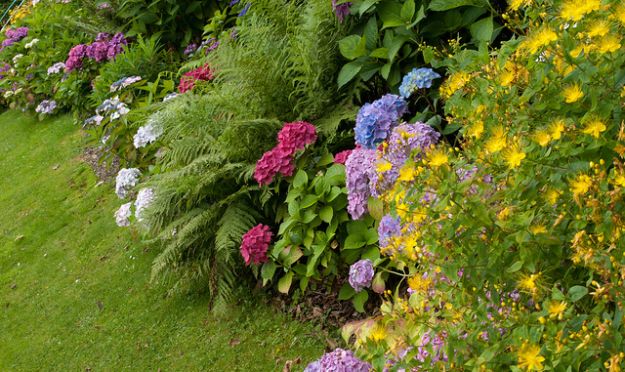 From spring to fall, many yards are filled with beautiful flowers. If that yard is in the same neighborhood as Kathleen Gostissa, it was probably her handiwork that made those flowers so beautiful.

Kathleen has always enjoyed flowers, but she has found a business in tending them for others. Known as Creative Containers, she puts together beautiful collections of flowers to fit the different seasons. Each season has a different set of flowers, and sometimes homeowners want their flower beds and potted plants to follow a theme but lack the time. According to Wyckoff Patch, Kathleen is able to accommodate them.

Starting in her own yard, Gostissa planted impatiens and geraniums because they were â€œeasyâ€ and consistent performers; the plants that would practically thrive on neglect when the busy Mom of four was tending to her children. Family and friends raved about her designs, marveling at how prolific her containers and garden beds were. In addition to caring for her family, Gostissa was also juggling a part time job and while making time to decorate everyoneâ€™s decks and patios. Extended family, friends of friends-all began asking Gostissa for suggestions. In a Eureka moment, it occurred to her that with all of the demand for her artistic designs, she could easily translate her passion for flowers into a business.

The word began to spread and Gostissaâ€™s client list expanded from doing spring planting for a few to decorating many clientâ€™s homes both indoors and out for all seasons.

â€œPotting up containers around pools and spas has been what many people are interested in lately,â€ said Gostissa. â€œMy clients give me a plant list and a color scheme and I go to town.â€ (Literally, as Gostissa has an account with many local nurseries.)

Although many summer plantings are established by this time in July, Gostissa and her crew will continue to maintain the plantings including weeding, watering and fertilizing.