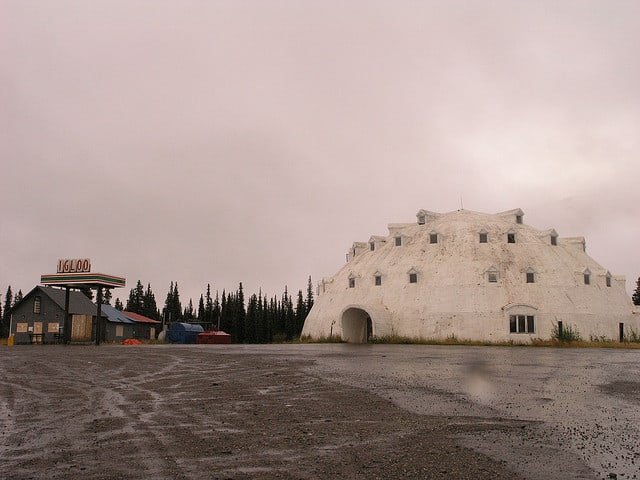 If the idea of opening a giant igloo shaped hotel deep in the frozen wasteland of Alaska appeals to you, you might want to look into this half completed one, 180 miles from Anchorage on the road to Fairbanks. Located twenty miles outside Cantwell, Alaska along the George Parks Highway, this abandoned four-story igloo-shaped hotel has become a roadside attraction.

Originally constructed in the 1970’s, the hotel never opened, reportedly due to building code violations. A string of owners have used the site as a gas station and gift shop.

The nearest town, Cantwell, has a population of 222.