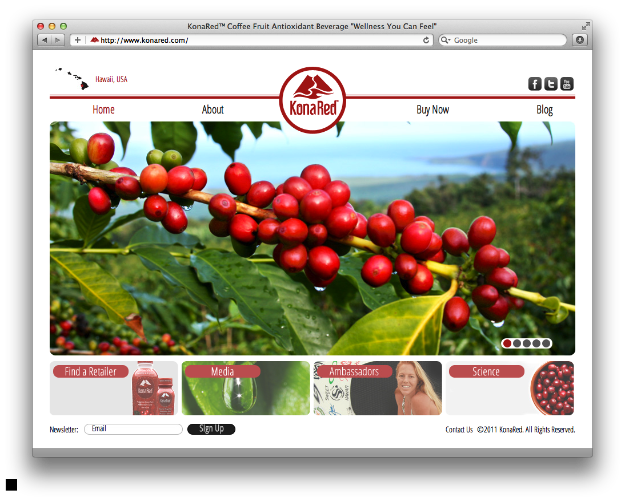 Shaun Roberts, co-founder and CEO of Kalaheo, Hawaii-based KonaRed, is giving the sports drink category a java jolt. His company turns a byproduct of coffee production into a line of energy drinks, also called KonaRed.

Before coffee farmers can ship out the beloved bean at the center of the coffee fruit, they have to strip away its skin. An estimated 40 million pounds of the stuff gets tossed annually in Hawaii alone. And the high cost of labor makes it hard for farmers to justify even composting the waste, says Tom Greenwell, president and general manager of Greenwell Kona Coffee Farms in Kealakekua, Hawaii.

That someone is looking to buy discarded coffee skins from farms is a “wonderful idea,” Greenwell says. “As an operation, we’re now getting paid for the skin, and it used to be just a cost. This is one of those byproduct deals that is a big benefit to farms.”