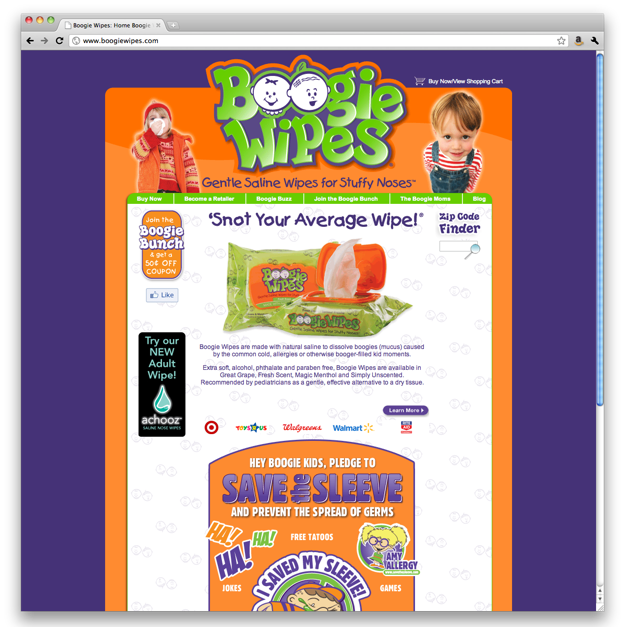 Cleaning out the snot-filled noses of children has become an entrepreneurial success story for Julie Pickens. She just wished her kids were more impressed.

“It’s kind of gross,” confessed Pickens, 44, who launched Boogie Wipes with fellow mother and co-founder Mindee Doney, 35, in the spring of 2008. “It’s kind of a funny business to be in, not your norm. We built a business around boogers.”

Pickens, whose daughter was initially “embarrassed” by the business, readily laughs about snot and all its permutations – even the irony of her own last name. But she doesn’t joke around about revenues, noting Boogie Wipes’ sales are projected to reach $10 million in 2011, compared to less than $1 million the first year.

The Beaverton, Oregon venture has carved out a niche in the massive personal care industry by infusing hygienic wipes with saline to gently clean up the crusty noses of children beset with colds and flu.