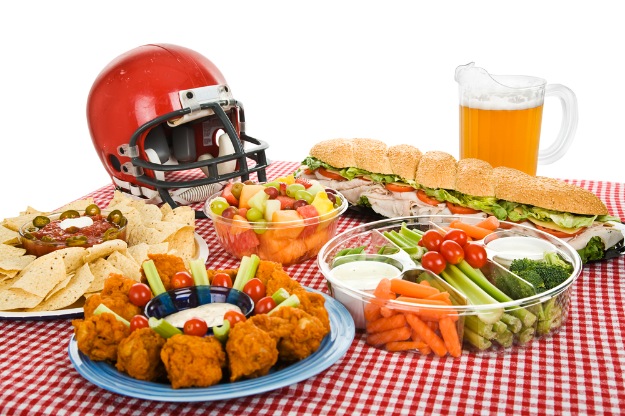 Super Bowl Sunday is now the nation’s second-biggest “food holiday,” trailing only Thanksgiving; and according to a press release put out by the National Restaurant Association, more than 48 million Americans will order takeout or delivery food from a restaurant during the game. Wow!

The National Restaurant Association estimates that 48 million Americans will order takeout or delivery food from a restaurant while watching the professional football championship game on Super Bowl Sunday, February 5. In addition, 12 million are expected to visit a restaurant or bar to watch the big game. New National Restaurant Association research also shows that salsa/dips/spreads, chicken wings and pizza are considered must-have foods on game day.

“Sporting events and great food go hand in hand, so it is no surprise that millions of Americans will incorporate restaurants into their plans for watching the professional football championship game this year,” said Hudson Riehle, senior vice president of the Research and Knowledge Group for the National Restaurant Association. “When it comes to favorite game-watching foods, dips, chicken wings and pizza top the list. But, about 2 out of 5 individuals who plan to watch the big game say that healthful food items are a must on their table that day.”

The Association’s research shows that 31 percent of individuals who plan to watch the big game at their own home or someone else’s home expect to order restaurant takeout or delivery. Younger adults (18 to 34 years old) and individuals with children are more likely to order restaurant food for game day gatherings, at 52 percent and 40 percent, respectively.

I had no idea that Super Bowl Sunday is the second biggest food holiday of the year, did you?