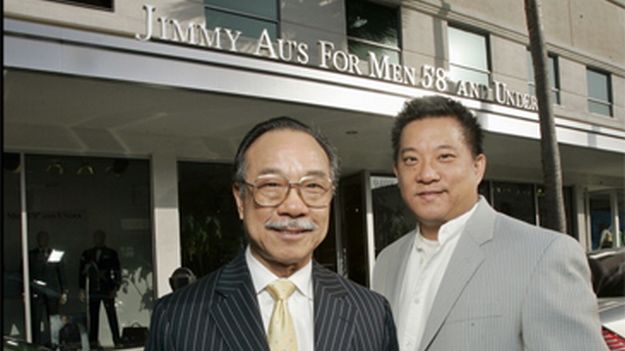 First there was the big and tall, now there are options for the height challenged. Jimmy Au may have started out as an accidental entrepreneur, but now he provides suits to some of the biggest names in Hollywood.

“My professor was my first customer, and I made $400 with 40 orders, so I told myself I wasn’t going to go back and work at Dole pineapple cannery anymore,” he said of his job stacking cans. “I was working my way through college full time and studying full time, and after a year and a half, felt like I had to work so hard for $1 an hour.”

By the time he graduated, Au was making more money selling suits than his fellow graduates could expect to make at their first jobs, so the 5-foot-2 entrepreneur kept going, specializing in suits for short men like himself who had trouble finding clothes that fit. Most mainstream designers work with 5-foot-10 to 6-foot-tall models, shortening sleeves and pant legs for smaller sizes without adjusting for fit, meaning knees and elbows fall in the wrong place.

Today, Jimmy Au’s for Men 5’8 and Under is a well-known fixture in Hollywood, where the company’s clientele includes a lengthy roster of diminutive actors, including Martin Sheen, Al Pacino, Mark Wahlberg, Danny DeVito, Joe Pesci, Seth Green, Jason Alexander and David Spade. His suits are also worn by cast members in more than 30 television shows this season, from “True Blood” to “The Office,” “30 Rock” and “The Mentalist.”