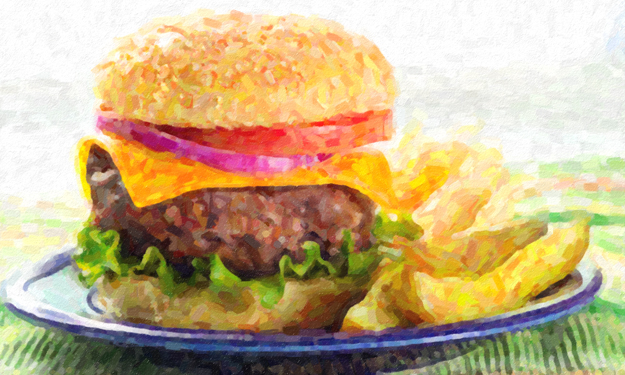 Mark Post, a vascular biologist at the University of Maastricht in the Netherlands, is about to create a proof-of-concept lab-grown hamburger.

It won’t come cheap — Post reckons it’ll cost around [$345,000] to assemble from thin layers of muscle strips packed together with some lab-grown fat. “The first one will be a proof of concept, just to show it’s possible”, Post told Reuters. “I believe I can do this in the coming year”.

The muscle strips are created from stem cells harvested from leftover material from slaughterhouses (so it’s impossible to describe it as cruelty-free, yet). Post lets them grow in a feed made of sugars, amino acids, lipids and minerals until they’re about 2.5cm long, just under a centimetre wide, and so thin they’re almost transparent. As such, more than 3,000 of them will need to be layered together to approach the thickness of a regular burger. It won’t look like meat, though — as there’s no blood. Instead, it’ll look a bit like scallop flesh, Post says.