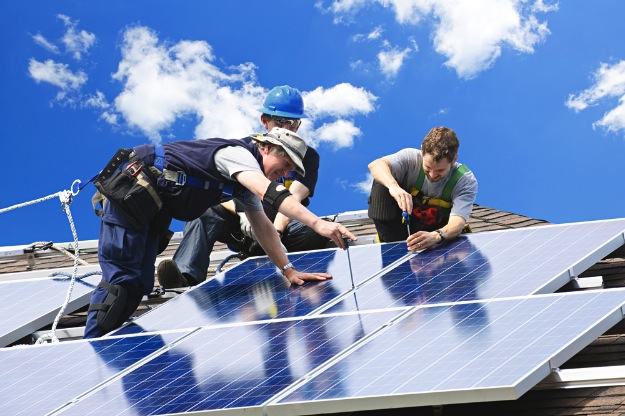 Thereâ€™s at least one bright spot in the troubled U.S. solar industry. After a plunge in prices sent panel manufacturers reeling, consumer demand for the alternative energy is soaring. Thatâ€™s a boon for California companies such as SunRun, SolarCity, and Sungevity. These startups are buying panels at depressed prices and leasing them to homeowners at little or no up-front cost.

By teaming up with lenders such as Bank of America and U.S. Bancorp and taking advantage of a federal tax credit for renewable energy, installers can bring down the costs of panels, which for a home typically run between $30,000 to $40,000, and help consumers and businesses reduce the use of fossil fuels. Their success is helping revive the solar industry, which gained notoriety last year from the collapse of panel maker Solyndra. â€œThe price of solar is coming down even faster than anyone expected, so who benefits? The consumer benefits,â€ says Steve Vassallo, a general partner at Foundation Capital, which is an investor in SunRun.

The residential market for solar is still nascent, with less than 0.1 percent of U.S. homes outfitted with panels. That number could climb to 2.4 percent by 2020, estimates Bloomberg New Energy Finance. Prices for solar cells fell 51 percent in 2011, to 88Â¢ a watt, according to data compiled by Bloomberg.