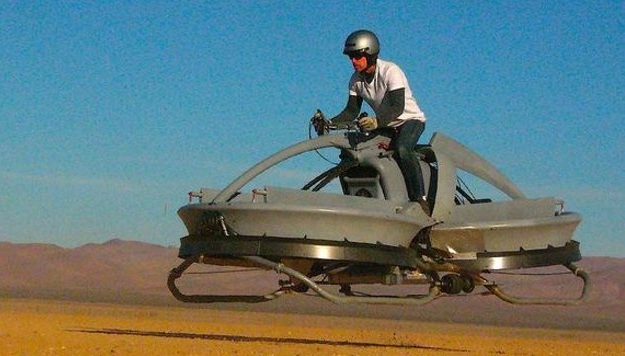 A resurrected hover vehicle wonâ€™t fly through dense forests as effortlessly as the â€œStar Warsâ€ speeder bikes from â€œReturn of the Jedi,â€ but its intuitive controls could someday allow anyone to fly it without pilot training.

The aerial vehicle resembles a science fiction flying bike with two ducted rotors instead of wheels, but originates from a design abandoned in the 1960s because of stability and rollover problems. Aerofex, a California-based firm, fixed the stability issue by creating a mechanical system â€” controlled by two control bars at knee-level â€” that allows the vehicle to respond to a human pilotâ€™s leaning movements and natural sense of balance.

â€œThink of it as lowering the threshold of flight, down to the domain of ATVâ€™s (all-terrain vehicles),â€ said Mark De Roche, an aerospace engineer and founder of Aerofex.