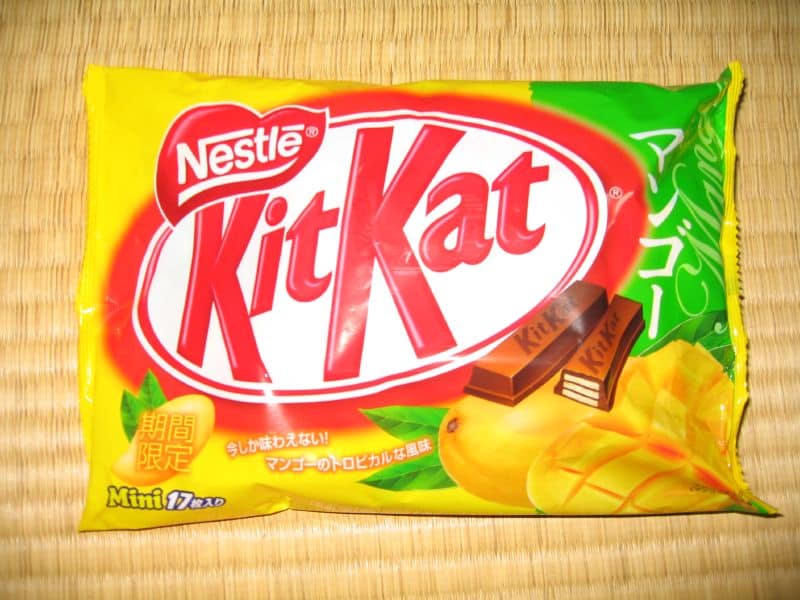 If you’ve only ever eaten a Kit Kat in the United States, you’d have no idea that an entire world of candy goodness awaits you beyond our shores. Kit Kats in the USA do not taste like those in the rest of the world, because they are produced under license by The Hershey Company instead of by Nestle, like in the rest of the world. In the US they have more sugar and less milk in the chocolate.

The Kit Kat was invented in the UK in 1935. The traditional bar has four fingers which each measure approximately 1 centimeter (0.39 in) by 9 centimeters (3.5 in). Kit Kat bars contain varying numbers of fingers depending on the market, ranging from the half-finger sized Kit Kat Petit in Japan to the three-fingered variants in Arabia to the twelve-finger Kit Kat family-size bars in Australia and France. Kit Kat bars are sold either individually or in bags, boxes or multi-packs.

According to Wikipedia, “In recent years, Kit Kats have also become very popular in Japan, a phenomenon attributed to the coincidental similarity between the bar’s name and the Japanese phrase kitto katsu, which roughly translates to “You will surely win!” This has reportedly led to parents and children buying them for school examination days as a sort of good luck charm.”

Since each of the unique flavors is only available for a limited time, there’s no easy way to get flavors that aren’t currently being manufactured.

Do you want to start an online business but don’t know what niche to tackle? How about “Kit Kats of the World”? Luckily, KitKatsOfTheWorld.com is available, too! 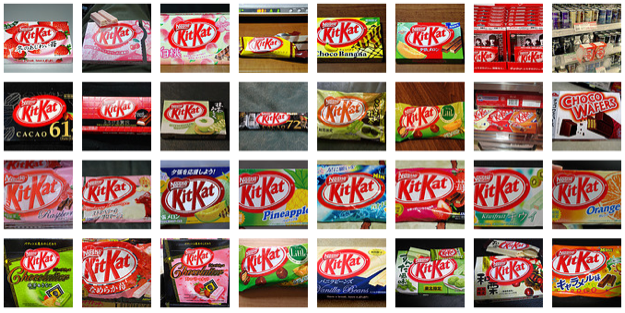 After the jump is a complete list of all of the different flavored Kit Kats available.