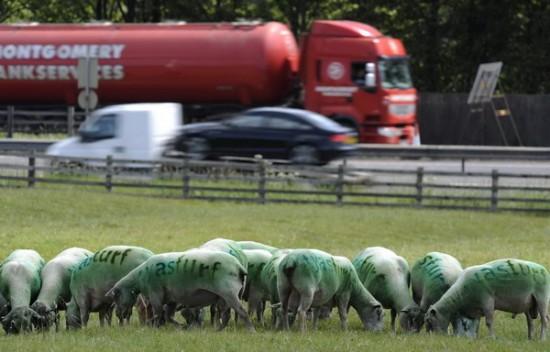 English farmer, James Metcalfe, has brought a whole new meaning to the term â€œbrandingâ€, after using his sheep to advertise a business venture.

After authorities denied his request to erect billboards near the A1 highway, because they could distract drivers, Metcalfe, from Dalton, North Yorkshier, decided to advertise his turf company using 20 of his sheep as living banners. Sheep marker comes in spray cans so it was quite easy to write Tyas Turf on the oblivious animals, and since the fields they graze on are right next to the A1, theyâ€™re just as good as any billboards.