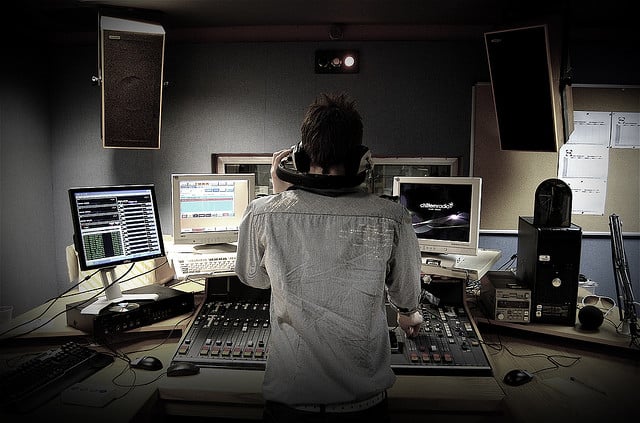 Last year, a young man called in to a radio station with a problem. He’d recently attended a bachelor party, he said, and a friend of the groom-to-be, clueless of the unwritten etiquette of maledom, brought his girlfriend along, derailing what was supposed to be a weekend of gambling, girls, and general debauchery. The caller told his story with passion and verve, and then asked the station’s listeners for their advice on how to treat his clueless pal.

Or at least he would have, had this been a real conversation. The young man-who asked to remain nameless in order to protect his chances for future employment-was an actor, and the staged call an audition. A short while later, he received the following email: “Thank you for auditioning for Premiere On Call,” it said. “Your audition was great! We’d like to invite you to join our official roster of ‘ready-to-work’ actors.” The job, the email indicated, paid $40 an hour, with one hour guaranteed per day.

But what exactly was the work? The question popped up during the audition and was explained, the actor said, clearly and simply: If he passed the audition, he would be invited periodically to call in to various talk shows and recite various scenarios that made for interesting radio. He would never be identified as an actor, and his scenarios would never be identified as fabricated-which they always were.