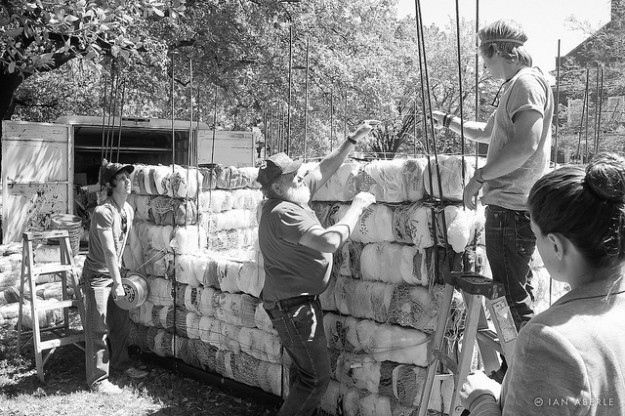 Harvey Lacey says turning polluting materials such as plastic bags and Styrofoam into building blocks is a sustainable option.

The UBUNTU-BLOX machine forms and wires the blocks with human help.

According to Sam Bloch, executive director of nonprofit Haiti Communitere, trash is one of the most plentiful resources in Haiti, a country still recovering from a devastating earthquake in 2010.

“We’re still looking at over half a million people living under tarps, and it has been two years,” Bloch said.