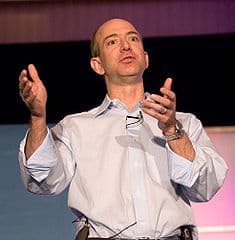 Even Jeff Bezos has trouble raising money in the beginning:

Speaking to US talk-show host Charlie Rose, Bezos delved deep into everything from the Kindle and industry disruption, to the early days of his e-commerce empire. And when Rose asked him if there has ever been a time since Amazon â€œgained tractionâ€ where he thought he could lose it all, this is what Bezos had to say.

â€œIâ€™ve been optimistic about Amazon since the early days,â€ says Bezos. â€œI was most pessimistic literally at the very beginning. It took sixty meetings to raise a million dollars, which I needed to get the company started. Twenty two people providing around $50,000 each, on average, to get me that million dollars. That was the riskiest time for Amazon, thatâ€™s when the whole thing may never have happened. Raising that money was very, very difficult.â€