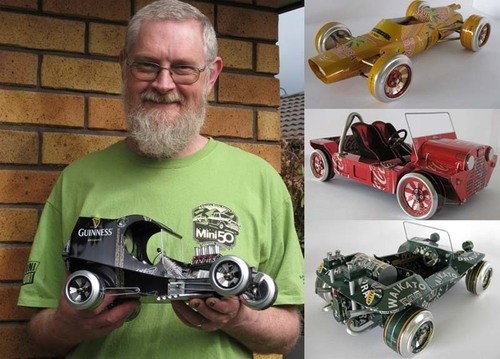 Sandy Sanderson needed something to keep himself occupied after breaking his wrist in a motorcycle accident. He started building amazing model cars from discarded aluminum cans, according to a story on Jalopnik.

While finishing a canned beverage he thought of model airplanes he’d seen made from cans and thought why not make cars out of the same material? And thus was born the CanCar.

Now Sandy is selling copies of his plans for building the cars on his website for $10 each. A business that helps recycling and makes money…a great deal!