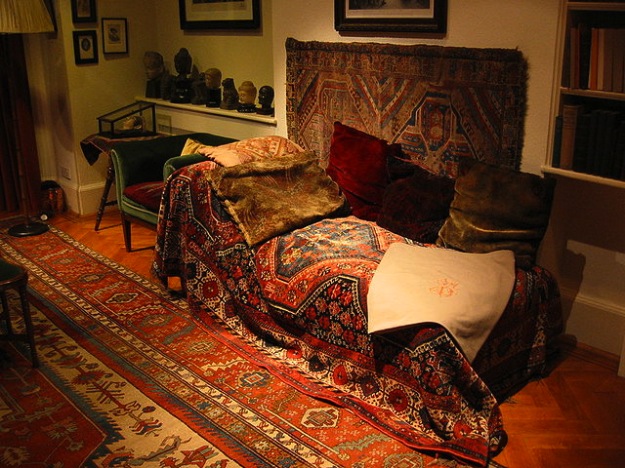 Psychoanalysis, the treatment originated by Sigmund Freud more than a century ago that requires patients to lie on a couch and say whatever comes to mind, has been battered in recent years by everything from antidepressants to skepticism to managed care that doesn’t pay for such long-term therapy.

So who in his right mind would want to launch a company that makes psychoanalytic couches?

It takes an entrepreneur who believes that businesses considered antiquated are underserved niches with perhaps more staying power than trendier enterprises. Randall Scott Thomas, a Seattle furniture maker, knows psychoanalysts are a minority among mental health counselors these days. But thousands are either in training or in practice, and many have trouble finding the appropriate couch.

The photo above is Sigmund Freud’s couch. It is housed in the Freud Museum.