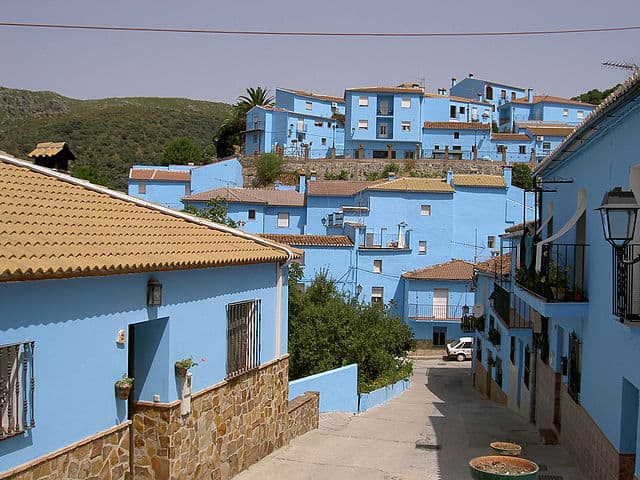 Over 210,000 tourists have visited the Spanish village of Juzcar since it was originally painted blue during a promotion related the to the 2011 Smurfs movie.

A traditional village nestled among chestnut forests in the southern region of Andalusia, Juzcar, with a population of fewer than 250 people, painted everything blue, including its church and town hall, when it was chosen by Sony Pictures to host an event to promote the movie, “The Smurfs 3D.”

Promoters pledged to repaint the town white after the event, but residents voted to keep it blue because of the economic benefits brought by Smurf-seeking tourists.