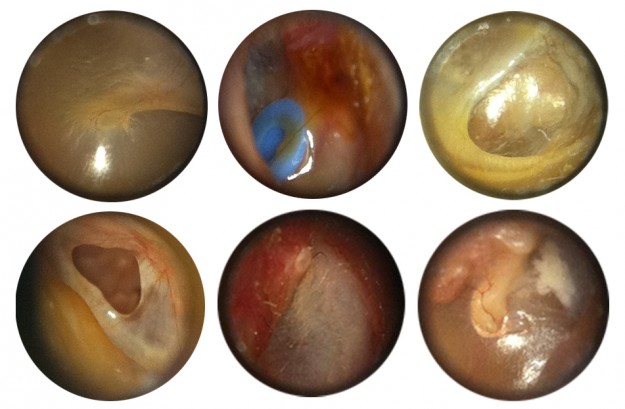 Fortunately, a mobile microscope company known as CellScope has created a smartphone attachment that takes the hassle out of the entire process by allowing parents to perform the most complicated part of the diagnosis procedure at home. The peripheral essentially adds an otoscope to your smartphoneâ€™s camera, turning your device into a makeshift medical instrument that can be used to capture images from within your childâ€™s ear canal. From there itâ€™s a simple matter of sending the imagery off to your doctor who can quickly diagnose the problem based on the pictures youâ€™ve captured.

Doctors quoted by CellScope claim to appreciate that the device allows for the creation of a high-definition image-based record of a childâ€™s ailments that can easily be added to his or her ongoing medical record, while insurance companies appreciate the otoscope as it saves them from having to shell out cash for parents needlessly rushing their kids to the ER at the first sign of an ear ache.

Though CellScope originally grew out of the microscopy lab at the University of California Berkeley with the goal of creating cheap 60x microscopes that could be used in impoverished parts of the world by both volunteer aid workers and the indigenous population, this latest gadget is being designed with the consumer space in mind. As VentureBeat points out, CellScope believes that its smartphone otoscope could â€œsave around 30 million pediatric doctor appointments each year that result from ear infections and ear achesâ€ â€” a figure that, combined with the ubiquity of modern smartphones, could make this otoscope a must-have household item for anyone with kids.