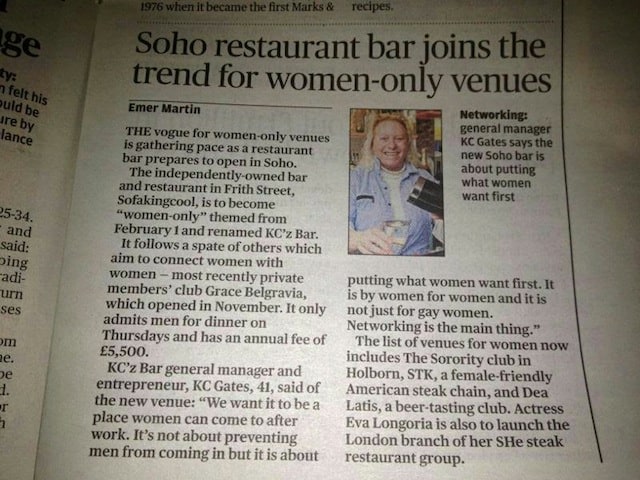 Last month, Sofakingcool in London’s Soho neighborhood reopened as a women’s-only restaurant and networking hub called KC’z Bar. Owner KC Gates explained to The London Evening Standard that the reinvented space is intended “to be a place women can come to after work. It’s not about preventing men from coming in but (rather) putting what women want first. It is by women, for women.” Some have questioned whether such gender-exclusive clubs are discriminatory, but Gates believes that women yearn for havens where they can let loose without having to deal with unwanted advances. After all, there are apps for that.