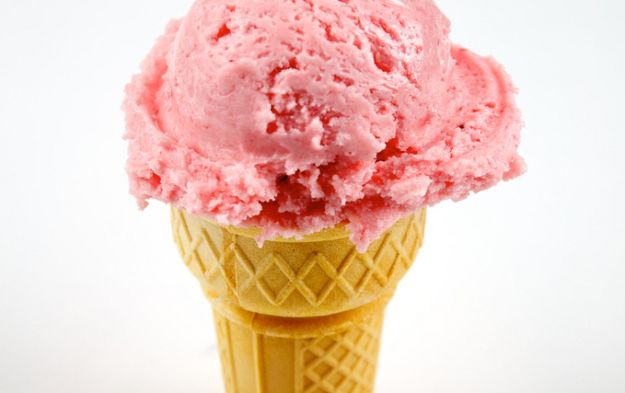 Eugene Fernandez calls his ice cream “homemade,” but that’s not quite accurate – “cone made” is more like it.

That’s because he manufactures his product – from his own recipes and with ingredients such as fresh mangoes, Mexican vanilla, hand-shelled pistachios and real coconut milk – inside a giant ice cream cone at the intersection of Ruben Torres Boulevard and South Padre Island Highway. It’s his latest frozen confection venture: The Ice Cream Factory, serving up 10 flavors of artisan ice cream seven days a week.

Fernandez, who has been making and selling his own ice cream since the late 1990s, said it was his time living in New Orleans – with all its culinary treasures – that fired his passion for making not just ice cream but really good ice cream.

Fernandez’s first ice cream shop was in downtown Brownsville, in the carriage house behind his old family home, the 1890 Kowalski-Fernandez House on Elizabeth Street. He sold the house in 1999.

In between his Port Isabel ice cream adventures and his current one, Fernandez tried to make a go with a shop in the Palm Village Shopping Center, which he says “died on the vine” due to lack of traffic. Now he’s got all the traffic he could hope for – the only thing missing from his previous ventures, he said.