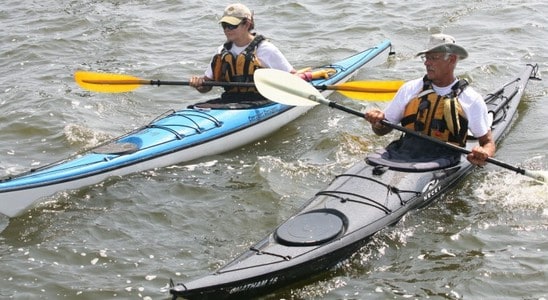 Brian Wynn loves surfing so much that he learned the fine art of building his own boards. Now he runs Surfboards by Brian Wynn in Egg Harbor Township.

Bill Stage’s office life was in and around New York, at CBS and MSNBC, among other TV networks. But he could never spend enough time on the ocean or the bay – until he left the city behind and moved to Ocean County. Now he runs New Jersey Kayak, which puts him on Barnegat Bay almost every day all summer.

According to pressofatlanticcity.com, these tourism entrepreneurs are just a few of the fortunate southern New Jersey residents who have found – or created, actually – jobs they love, jobs made possible by the steady streams of visitors who pour through our region for much of the year, most of all in the summer.

In Atlantic City,” as Jeff George puts it, “the (guests) can turn over nightly, or every couple of days. A casino that has a full hotel Sunday could have a whole new group of people in by Tuesday.”

But while they’re living their dreams, most people in these niche businesses are also living the reality that even a dream job involves lots of hard work and worries.