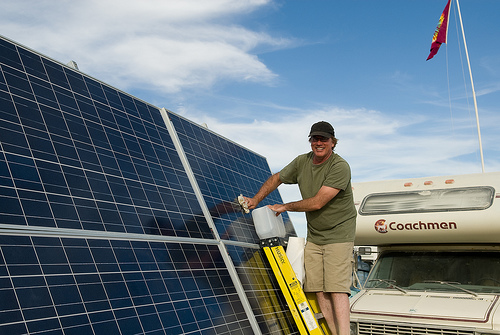 Want to get into the solar business but don’t know anything about electricty? No problem, says the NY Times, neither do these guys:

Technology advances and falling prices for solar technology have opened the gates for solar installations by businesses with no background in electricity generation.

Energy generation “is not our primary business, but it’s in our best interest,” said Mike Defferding, executive vice president of Forest City Military Communities, a developer. “There’s an economic incentive to make the jump to become an energy company.”

Forest City has installed more than 100 kilowatts of solar-generating capacity at housing it manages on a marine base in Hawaii, Defferding said. And it is planning to build a 3.6-megawatt solar farm on Hawaii’s Big Island to power affordable housing the company manages there.