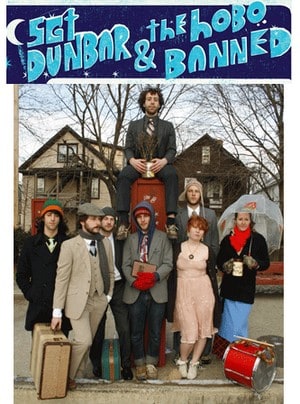 Even early in their careers, the Beatles led charmed lives. Sure, they spent hundreds of nights playing the clubs of Hamburg before their inherent talent and practiced skill were discovered.

According to a story in The New York Times, in the digital age, of course, every musician is free to make and sell music without gaining a gatekeeper’s approval.

But if the Beatles had a profile page on MySpace today, they’d be only one in a million – no, one in about 13 million. This is the boggling number of music profiles now on the site worldwide, according to a MySpace spokeswoman.

When millions of musicians clamber upon one very crowded stage, it’s hard to stand out. Even the Beatles might be swallowed up by the chaos of choices.

Some musicians who don’t land a contract have been asking their fans to supply grants for developing new music – and Web sites like Kickstarter, SellaBand and PledgeMusic aid the process by providing the software tools. The group, of course, must supply the fans.

Groups that offer to give a concert at the place of a supporter’s choosing request an average of $600. A custom-written song goes for about $500; a signed, vinyl LP edition of a CD, $53. Fans “are not buying music, they’re buying a personalized experience,” said Yancey Strickler, a Kickstarter co-founder.

Since Kickstarter opened in April 2009, the average fund-raising goal for music projects has been $6,000, and 46 percent of them have met their targets, the company says.

One success story is that of Sgt Dunbar & the Hobo Banned, an eight-member group based in Albany. The group sought to raise $3,000 to help repair its eight-year-old van and to cover travel expenses to Austin, Tex., for the SXSW festival last month. It raised $3,782, including $100 each from 11 backers who got various goodies, like their name on the van as a tour sponsor.

Photo by Sgt Dunbar and the Hobo Banned.