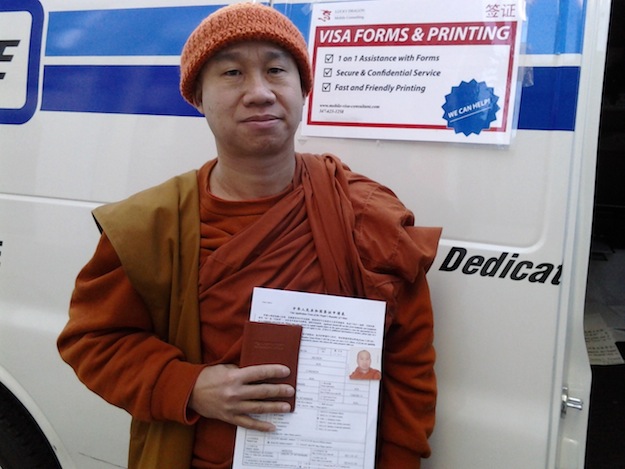 Adam Humphreys wanted to visit China, but getting a visa was a buearacratic nightmare. All wasn’t lost though, because Humphreys found a business opportunity. NPR shares his story:

It started simply enough. Adam found out he needed a visa to travel to China. He went online. Filled out a long, complicated form. And Adam showed up at the Chinese Consulate only to find out that he had filled out the wrong form.

“Do you have a printer I can use?” he tried.

“At the Burger King.”

Apparently there is an Internet cafe a half-mile away from the consulate in the dining room of a Burger King.

So Adam walked over.

“And I saw inside the Burger King,” he says, “that every single one of their computers was dedicated to the same Chinese PDF.”

So Humphreys rented a van and outfitted it with laptop computers and a couch and parked it outside the Chinese consulate. His business, Mobile Visa Consultant NYC was up and running.