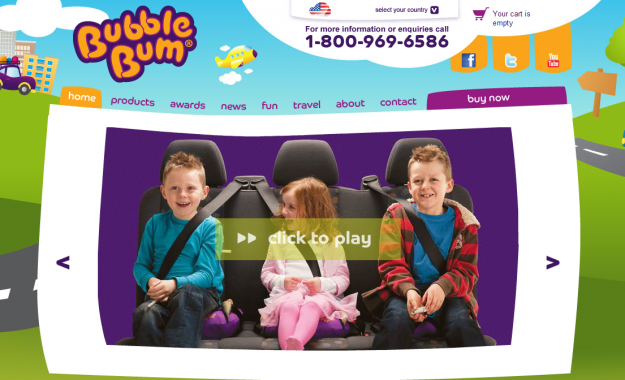 The mother of two boys had the idea for BubbleBum in 2009 while making frequent trips between Derry and England to visit a sick relative.

After being stranded at an airport without a car seat she proceeded to solve the problem not only for herself but for all other parents who are faced with the same issue.

Grainne developed an inflatable seat that could be packed and taken on holiday. Within 18 months the product was being sold in more than 20 countries.

“I created the BubbleBum out of sheer frustration with what was currently available on the market,â€™â€™ she said.

â€œModern families do a lot of travelling in cars, coaches and taxis, and bulky, heavy booster seats just arenâ€™t practical.â€™â€™