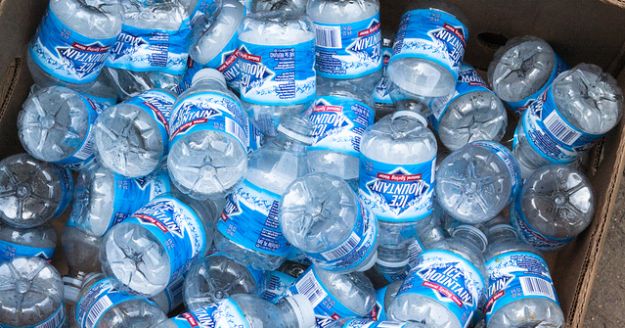 Ever wish you could own an island? Well, if the price is too high for you then maybe you should make one instead.

According to the MailOnline, a British inventor, Richard ‘Rishi’ Sowar, has created his very own island in the Caribbean using 120,000 plastic bottles and some ingenuity.

Filling fabric bags with the discarded bottles and then attaching them to pallets, the environmentalist’s island has a house, beaches, two ponds and even a solar-powered waterfall.

Situated in Isla Mujeres near the tourist resort of Cancun, it appears Rishi has created his very own piece of paradise.

He said: ‘I’m not a scientist but I just believe in the power of nature.

‘I get my bottles to do this from the local rubbish tip.

‘We have a big problem with rubbish. If we start to make more bottle islands we don’t have to look for places to put it (the bottles). It turns to treasure – it creates land.’

Rishi said the bottles, though man-made, easily fit in with their surroundings with coral taking root on the undersides of his home as he continues to expand.