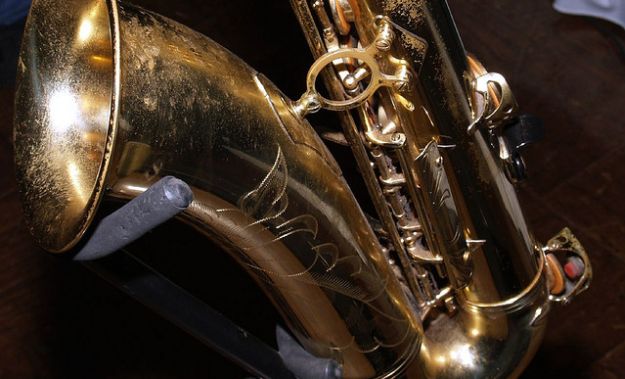 Billed as the world’s first polycarbonate saxophone, the Vibrato A1 E-flat alto was developed in Thailand in 2008 by inventor Piyapat Thanyakij. According to its U.S. patent application, the instrument is composed of an injectionmoulded body, bell, bow and keys, silicon valve pads, and aluminum rods on which the keys are mounted. The instrument weighs just 850 grams, less than a third of a conventional brass alto sax.

It is the first saxophone innovation that moves away from the traditional bell-metal brass instrument since the partlyacrylic Grafton sax of the 1950s. The British-made Grafton, which had a plastic body but brass outfittings, was experimented with by pros – notably Charlie Parker – but has been relegated to museum status.

“There is some mushiness in the sound,” Manzerolle said. “But if you know what you are doing, you can turn it to your advantage.”