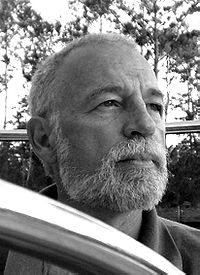 In 1990, former English teacher, Max Hardberger, started his own marine consultancy business in Louisiana. He was periodically retained by shipowners to extract their vessels from lawless ports without a clearance from local authorities. In 1998, following his admission to the California Bar, Hardberger began to practice maritime law alongside his marine consultancy and vessel extraction business. In 2002, Hardberger formed the ship repossession company Vessel Extractions, LLC to extract vessels that have been illegitimately detained or seized in foreign countries. The Telegraph has more:

Max Hardberger is a 62-year-old adventurer from Louisiana who specializes in stealing back ships that have been fraudulently seized in corrupt ports, mostly in Latin America and the Caribbean.

He describes himself as a ‘vessel repossession specialistâ€™, a kind of maritime repo man who ghosts into tropical hellhole ports, outwits the guards and authorities, and ghosts out again with a 5,000- or 10,000-ton cargo ship, usually under cover of darkness and preferably during a heavy rainstorm.

A Hollywood film about his escapades is planned, with The Good Pirate as a working title, and thereâ€™s undoubtedly an element of piracy to what he does.

Hardberger has written anaccount of his efforts to recover a ship in Haiti in the book Seized: A Sea Captain’s Adventures Battling Scoundrels and Pirates While Recovering Stolen Ships in the World’s Most Troubled Waters. You can read an excerpt here.