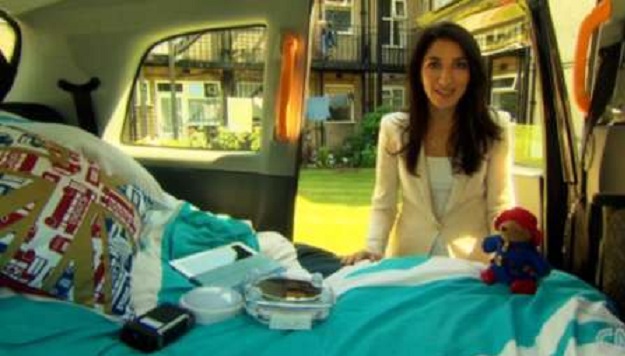 The Car Hotel by David Weeks was created as a means for him to make money during the 2012 London Olympics. Weeks is a taxi driver, and during this busy time, many people are avoiding cabs due to the hoards of traffic, which in turn doubles the fare. There is also a restriction for taxi drivers that prohibits them from using easy access lanes for pick-ups and drop-offs.

Weeks decided to turn his car into a bedroom equipped to hold at least three to four people, for only $75 pounds a night. It can be an attractive alternative for those on a budget.