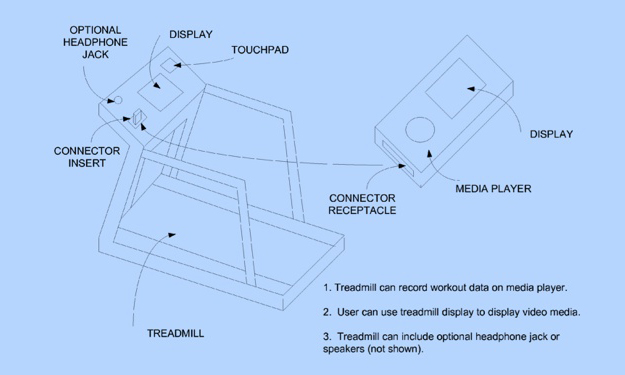 According to Mashable, there might be an Apple-branded treadmill in the works.

At least thatâ€™s the thrust of a patent the company applied for, which involves a â€œsports equipment apparatusâ€ with smart components to let it interface with an iPod or iPhone.

The patent application, made public yesterday by the U.S. Patent and Trademark Office (USPTO) specifies the â€œcircuits, method and apparatusâ€ that allow sports equipment to write data to a media player. It cites cardio equipment specifically, and provides diagrams of how the interface would work with a treadmill.

Most likely Apple is not going to introduce an Apple-branded treadmill. Instead, they patented this so that they could charge a royalty if someone else creates a treadmill with an iPod port.

Why It’s Time to Rethink Your Office Layout

What to Do If an Employee Is Injured in a Truck...