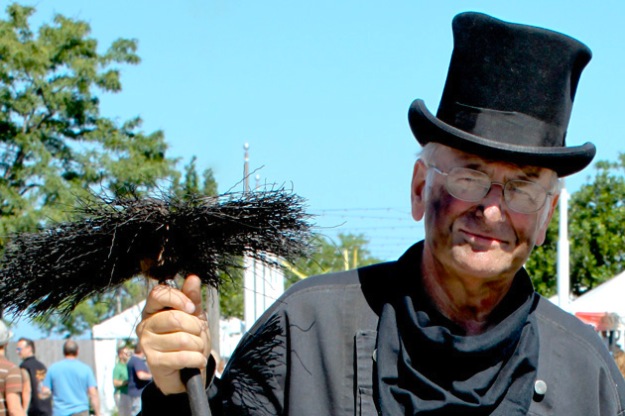 Jeff Schmittinger, the owner and founder of Wisconsin Chimney Technicians in Waukesha, Wisc., has been cleaning the chimneys at the White House for 19 consecutive years and three administrations, and he still hasn’t been paid.

To be fair, he never asked for a dime. Schmittinger first volunteered for the gig in 1993, after hearing President Bill Clinton address Congress about the dire state of the federal deficit. Wanting to do his part, he called the White House and offered to clean the 35 chimneys at 1600 Pennsylvania Avenue for free. “I didn’t think they’d take me up on it,” he admits. “I was shocked.” The job has gotten easier over the years; when he first showed up, the chimneys were caked with soot from countless presidencies. He used two vacuums during that inaugural clean, he says, “because we weren’t going to leave the White House and have it not be a white house anymore.”