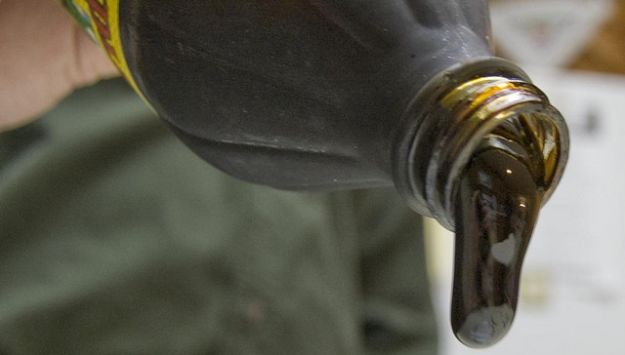 Agro Co-op was facing a serious problem. Before having their molasses tank filled, there were no apparent leaks. After it was filled, it wouldn’t stop leaking. Worried about how they were going to get the mess under control, they called a local inventor â€” Glen Cox. Glen is the president of Zengo Inc., and he has been working on a unique plug for oil tanks, reports CBC News.

Molasses spills were not in the design specs, but he is still experimenting with the product and thought it was worth a try.

Cox arrived at Agro Co-op a few minutes after getting the call.

“After a minute of showing Justin how the product worked, and how to install it, the molasses had been turned off,” said Dean.

The RS2 plug consists of a plug with a pin on one end and a strap on the other. To stop a leak, you stick the pin in the hole then pull on the strap, tightening the plug on the hole.

Cox is still a couple of months away from manufacturing the rupture seals for market. They’ll cost $89 for three. He says orders are already coming in from trucking companies and fire departments, and there’s broader interest too.