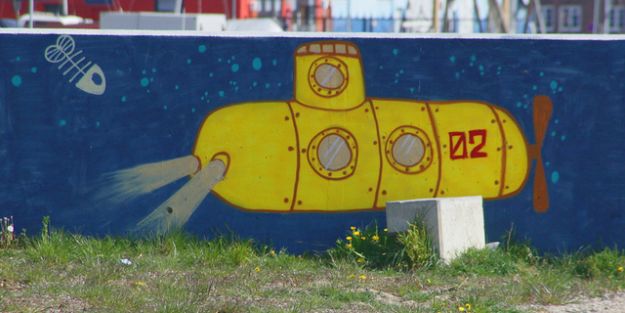 Most people think of submarines as they are for military use. However, Hugh Fulton has brought them down to a personal size with his creation, the Q Sub, reports 3news.co.nz.

The Q Sub is named after an inventor – not Q from the James Bond movies, but Uncle Q – that’s what Mr Fulton’s nephews called him because they couldn’t say ‘Hugh’.

“It’s like a car,” he says. “You look out there, you see where you are going and you can see within a metre of the floor.”

The viewing windows are part of what sets Mr Fulton’s design apart from the dozens of other personal submarines on the market worldwide.

The Q Sub can also plane on the surface at a speed of almost 40km/h and dive to a depth of more than 120m.

The Q Sub will undergo sea trials in around two months. From there, the designers hope to take it offshore and put it on show to the super rich at boat shows in Monaco, Dubai and Miami.

Costing more than $1.2 million, it will be out of the price range of most.