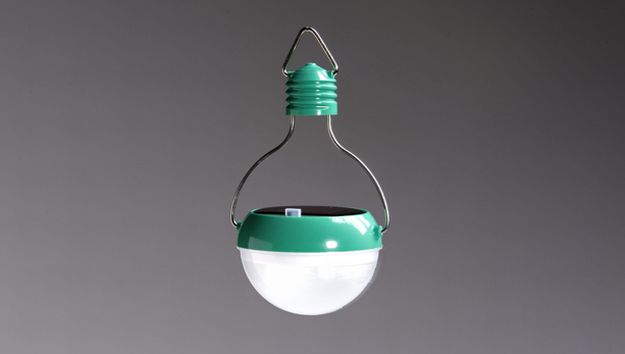 At $20, it may not seem like a light bulb worth buying. However, when you consider its solar-powered abilities, it’s hard to believe no one thought of it before!

The solar-powered light bulb by Nokero holds roughly enough energy to power the bulb for 4 hours. According to The Washington Post, the bulb is perfect for emergencies, and for people in third world countries living without any electricity for light.

The significance of Katsarosâ€™s invention is that it stands to provide light for the 1.4 billion people who live beyond the reach of a power grid, as well as for those who use kerosene lamps to light their homes and workplaces. The potential elimination of kerosene lamps was what inspired Katsaros to name his company Nokero â€” as in â€œno kerosene.â€ Kerosene is a relatively expensive fuel source that can be harmful to consumersâ€™ health.

Katsaros, while considering how best to market the product, concluded that his largest market was in the developing world. But, rather than create a charitable organization, Katsaros made the choice to establish a company through which he could sell the bulbs for profit. Nokero has sold thousands of bulbs to nonprofits and NGOs that distribute them for free, but Katsaros says he believes in creating â€œsmaller entrepreneurs around the globeâ€ that can further foster local economic growth, according to an Aug. 14 CNN report.