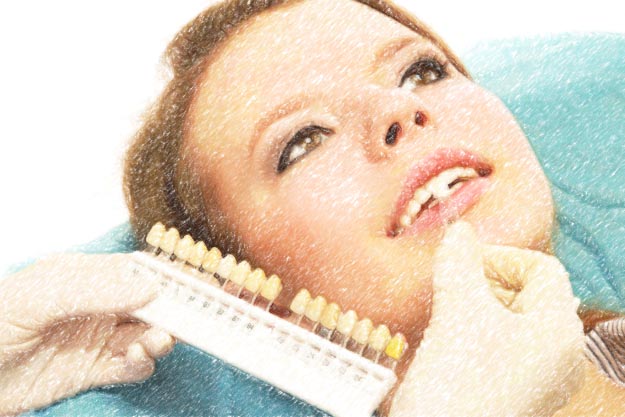 Dingy teeth were once relatively common. But after a 1989 scientific article touted the use of low levels of hydrogen peroxide, pressed against teeth, to improve smiles, companies began producing whitening products and dentists began hawking them.

Entrepreneurs jumped in quickly. The Food and Drug Administration classifies teeth-whitening products as cosmetics, and drugstores were soon selling strips that consumers could paste on at night while watching TV. Promising a faster fix, dentists, salons and mall kiosks began offering on-site treatments. Those customers typically bite down on a tray of goopy whitening agent and sit in front of LED lights that are said to enhance the transformation process.

Dentists generally charge between $300 and $700 for a whitening session, which isn’t normally covered by insurance, while nondentists charge between $100 and $150, according to the Federal Trade Commission.