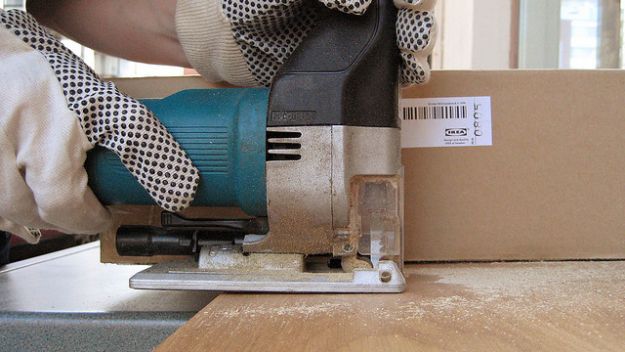 Michael Powell faced a fear many low budget inventors encounter, and he won. In this case, he tackled Home Depots theft of his invention, and he won a generous settlement.

Itâ€™s been seven years since he showed Home Depot officials a saw guard he invented that allowed it to continue to cut lumber for its customers without having to shell out as much as $1 million annually to employees who lost fingers while offering the unique service. Itâ€™s been four years since he filed suit, claiming the chain stole his â€œSafe Handsâ€ saw. Itâ€™s been more than a year since a West Palm Beach jury and federal Judge Daniel Hurley agreed that it had.

â€œItâ€™s done. Itâ€™s over with. Iâ€™m just a producing person,â€ Powell said of his ability to return to his first love, problem-solving, instead of being consumed by the legal fight.

But, he said, his success should inspire struggling inventors that they can take on giants and win. The $15 million the jury awarded wasnâ€™t just for the money Home Depot should have paid to install the saw guards in roughly 2,000 stores nationwide instead of having them duplicated for a cheaper price. The appeals court found the guard saved the company money by reducing losses and gave it a competitive edge.

â€œNow the small guy can sue. It isnâ€™t about peanuts anymore,â€ he said. â€œItâ€™s not going after what you should have been paid, itâ€™s what it was worth to them.â€