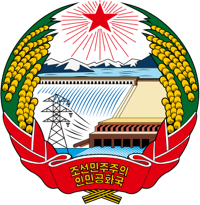 You can’t easily travel to North Korea, but if you’re in or near Washington DC you can sample their recipes at a new North Korean restaurant called Pyongyang Soondae (or Pyongyang Sausage in English): Washington City Paper has the full details:

The first thing you notice on the menu is what isn’t there: beef. It’s the essential feature of South Korean restaurants, particularly in barbecue form: beef ribs and bulgogi.

But Pyongyang Soondae–Pyongyang Sausage–isn’t a South Korean restaurant. It’s North Korean, so the menu skews toward seafood, poultry–and pork, pork, pork. The staple meat of the South is nowhere to be seen, except in a single soup dish. That would be naengmyun, the one northern dish every Korean knows, a buckwheat noodle soup with cucumbers and slices of beef, served cold, often with ice cubes in the broth.

Most Korean restaurants advertise “Pyongyang naengmyun” as a mark of authenticity, regardless of whether their chefs have ever been to the totalitarian-ruled city that serves as the soup’s namesake. Pyongyang Soondae does them one better, serving its version with balls of pheasant meat.

It is a really fascinating story. The restaurant is run by a former North Korean spy who converted to Christianity and devotes a portion the proceeds to refugee rescue and relief work, and efforts to oppose the Pyongyang government. Of the approximately fifteen North Koreans who have been resettled in the D.C. area under the North Korean Human Rights Act, eight work for the restaurant.

You can read restaurant’s reviews, and see photos, on Yelp.