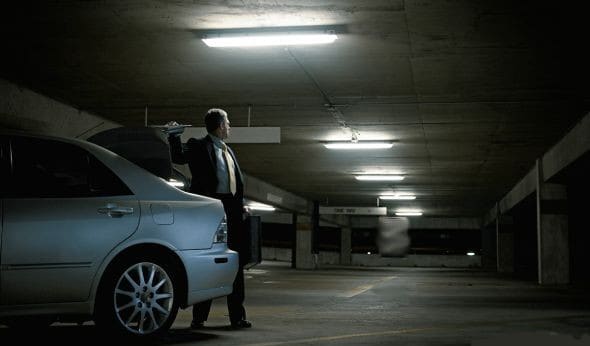 Brian Hartley used to be a counterintelligence agent for the Army, now he’s going undercover — at parking garages in Boston, reports WalletPop.

I get by, by undercover parking at garages in the greater Boston area and rating everything from the paint on the walls to the smell of the staircase to the cleanliness of the attendant’s name tag,” says the second-year law student.

His current missions are simple enough. “I have to create an interaction, either by faking some problem like locking my keys in my car or losing my ticket or simply asking for directions,” says Hartley. He reports on the customer service but, as an added bonus, he also rates the functionality of the parking garage, like what the sign looks like and how shabby or polished the parking garage appears. He also takes photos of the garages — “discreetly, of course.”

Hartley’s assignments come from a woman in Michigan. “I email her my reports at the end of the month, and she sends me a check,” he says. “The major advantages of this job are that I can set my own schedule, and I get reimbursed for parking at garages all over Boston. So anytime I want to go downtown, I can essentially park for free.”