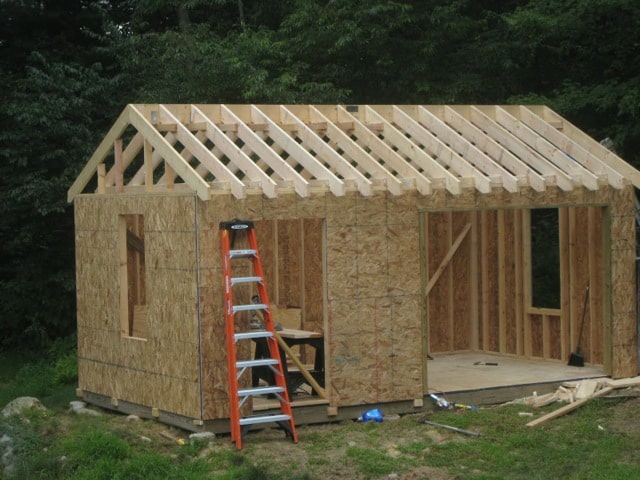 Sheds have a lot of potential not only as a storage area for tools and gardening equipment but also for commercial, educational, agricultural, and industrial purposes. If you take a look at different designs for sheds, youâ€™ll see that sheds can come in all forms and sizes, and can be customized according to your specific needs. If you have always wanted to start a business but donâ€™t have the financial means to lease an office space just yet, consider getting a shed.

A shed is not â€œjust a shedâ€ or â€œjust a garageâ€ when you are able to do great things in itâ€”just take it from these companies that started out smallâ€”in sheds and garagesâ€”and eventually made it big.

HP started in shed-like premises in 1939: the structure where Bill Hewlett and Dave Packard developed their first product, an audio oscillator, was intended to be a shed. To commemorate the companyâ€™s humble beginnings, the shedâ€”the Birthplace of Silicon Valleyâ€”was rebuilt and refurbished, turned into a museum, and was given a lofty status as California Historic Landmark No. 976.

In 1994, Jeff Bezos created an online bookstore and ran the site from his Washington garage. The following year Amazon.com sold its first book; Bezos issued his IPO in 1997. Amazon has become a major online retailer, selling everything from books and toys to office and school supplies.

Larry Page and Sergey Brin were taking up their graduate studies at the Stanford University in 1998 when they decided to develop a search algorithm that would help Internet users find information online. They worked from their friend Susan Wojcickiâ€™s garage. The project came to be known as Google.

The 21-year-old Steve Jobs and 26-year-old Steve Wozniak started Apple Computers from a small garage in Los Altos, California in 1976. Together with their small team of computer technicians, they hand-built 50 of Wozniakâ€™s Apple I Computer in 30 days and sold it at $500 per unit to a local retailer.

Take a 45-minute drive from Disneyland Park in California and there stands a house that belonged to Robert Disney. Behind the house is a one-car garage, and it is here where Robertâ€™s nephews Walt and Roy set up â€œThe First Disney Studioâ€. It was here where they started to film the Alice Comedies, which would become part of the original film Aliceâ€™s Wonderland. Fun fact: Walt Disney was one of HPâ€™s first customers. He bought eight of HPâ€™s audio oscillators to help him develop the sound system for the animated classic Fantasia.

In 1901, William S. Harley designed a small engine that was intended to power a bicycle. He and his childhood friend Arthur Davidson worked on the motor-powered bicycle over the next two years in a friendâ€™s wooden shed in Wisconsin. Harley-Davidson was founded in 1903, and now their motorcycles grace millions of sheds and garages in many parts of the world.

There are many other successful companies that had humble beginnings, such as Mattel, Maglite, and Microsoft. These businesses have become veritable inspirations because they showed us that itâ€™s not where you startâ€”it can be a shed, a dorm room, a basement, or a garageâ€”but how focused, hardworking, and passionate you are in what you do.