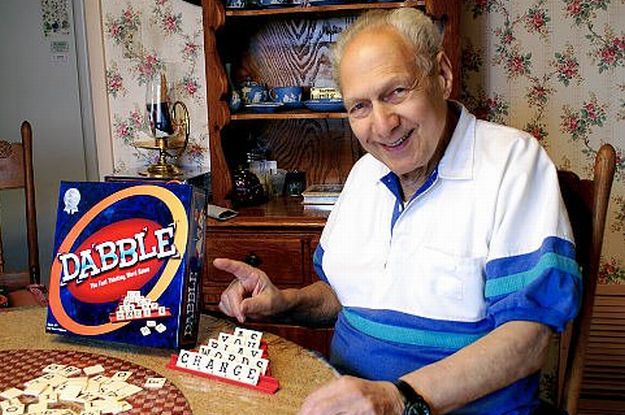 George Weiss has seen around 80 of his inventions fail, but at 84 years old he has finally hit gold.

Dabble is a word game that requires fast thinking, and is a lot of fun. It is now found in 42 stores across the country, and recently won the 2011 Game of the Year Award from Creative Child Magazine, reports NY Daily News.

“If you can spell you can play,” says Weiss, sitting in the basement of the home he has lived in for 45 years. “The idea just came to me three years ago and I started cutting up plastic tiles and creating a five-tiered rack for them to rest on.”

The beauty of Dabble lies in its simplicity. Each player gets 20 letters and has five minutes to create a word of two, three, four, five or six letters. The winner’s score is the sum of the leftover tiles of the other players.

“Everybody who plays the game loves it,” says Jay Vohra, president of Ideas Never Implemented, the company that brought Dabble to the market. “It’s educational, fun and challenging. And the best part is that it only takes tens of seconds to teach someone how to play.”